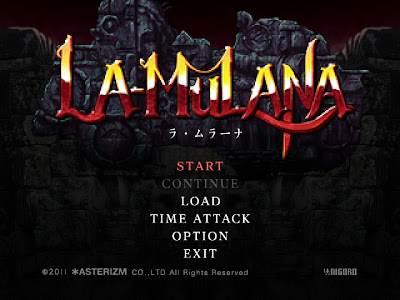 Thanks to my friend Dominic Tarason, and to Playism, I was able to get the beta for La-Mulana PC, and I (along with DeceasedCrab) have been playing through it. We've been keeping our impressions under wraps, but for those of you who are interested in the game, here's a handy guide to some of the most obvious changes!

Full disclosure: I'm someone who has already played the original game almost to completion (I beat Hell Temple, but not the main game), and DC has beaten it upwards of three times already. As of the time I'm writing this, I'm about a third of the way through the game. 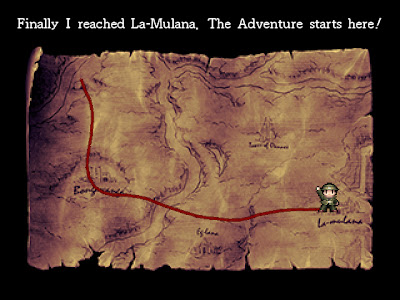 First of all, the game's very visually impressive! The animation is very fluid and smooth, and there are a lot of really small details that look great--my favorite is when Lemeza is turning back and forth in the water, because he'll kind of paddle backwards/upwards awkwardly and it perfectly captures the feeling of flailing about in the water. There are a lot of little details like that that give a lot more personality to the game, and to Lemeza in general. This is the sort of thing the game thrives on!

The backgrounds are beautiful, the sprites are well done (and pop out very well from the background, which is important!), and the color palettes are deep and rich. Some of the themes of the levels have been changed--for instance, the Temple of the Sun doesn't have a cyber-technological motif running through it anymore, which is a bit of a shame--but each area still has a lot of personality and its own charm. 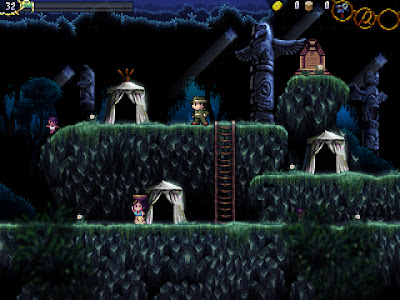 Sound is pretty good. I'm not as fond of the mixing on the new version of the soundtrack, because it makes some tracks muddy or noisy to listen to, but I'm really enamored with some of the new melodies they've pulled out. In particular, I think Inferno Cavern and Spring in the Sky have been improved, and I really like the new additions to the soundtrack, like Mulbruk's theme and Eden. It replaces the chiptune sound of the original game with more MIDI-like instrumentation, so this is one aspect of the game where your enjoyment will vary considerably.

But the most important things I'd like to talk about are changes to the flow and mechanics of the game, which are what's going to be on the minds of returning players. 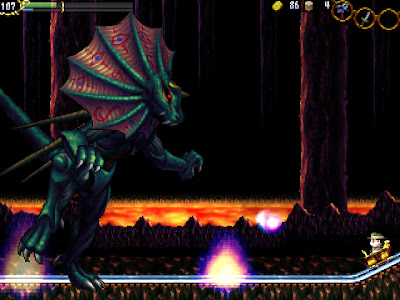 SO, ON THE WHOLE: this remake does everything right. It's perfect for new players, gives returning players a lot more meat to sink their teeth into, and fleshes out the world of the game without destroying the mystery that made it so appealing in the first place. It goes on sale July 13th at Playism-Games.com. It's good. You should buy it.
Posted by Pauli Kohberger at 8:42 AM